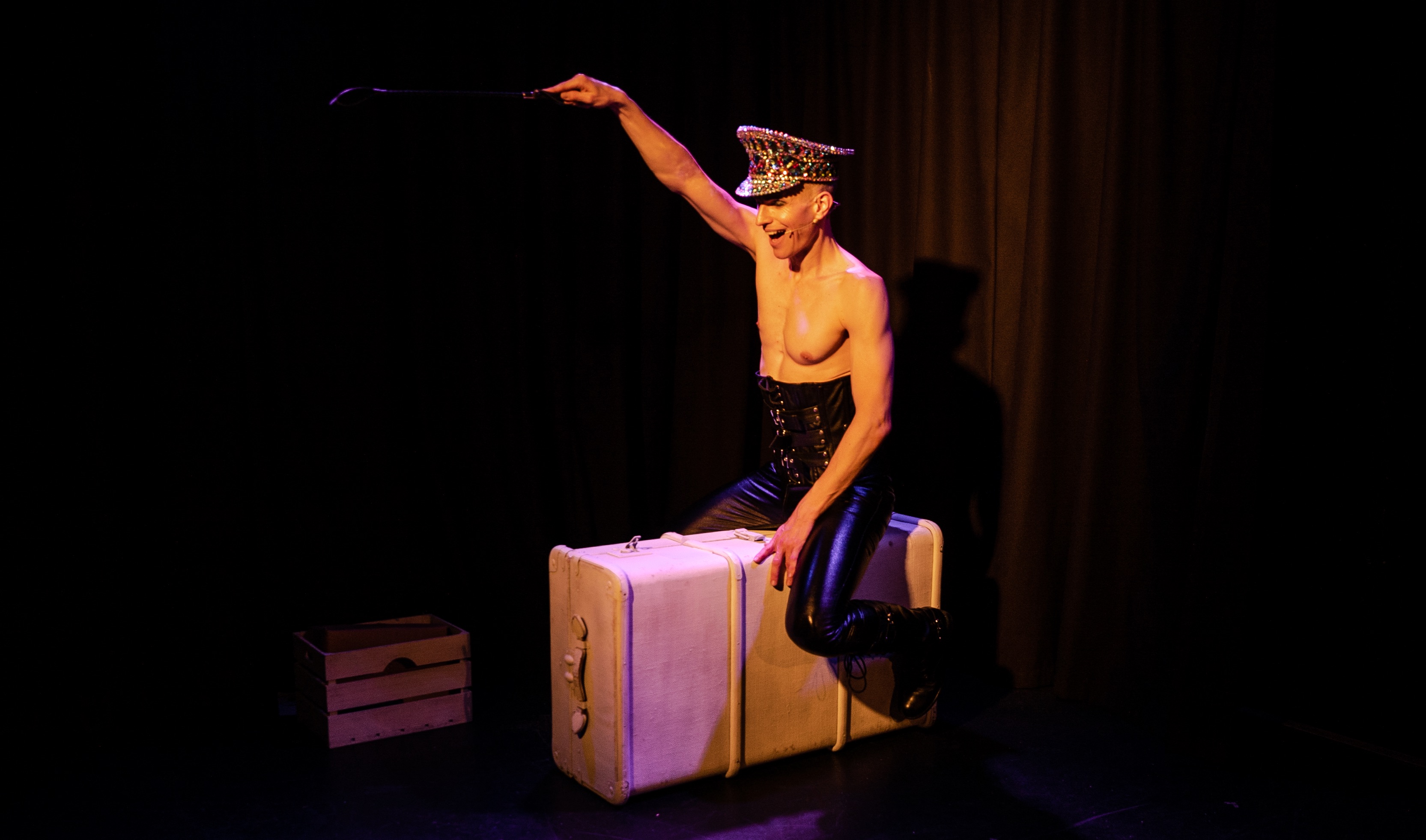 Ahead of the Edinburgh Festival Fringe, Michael Trauffer tells us more about his show featuring music, ideas and lives classified as ‘degenerate’ by the Nazis as well as original songs. Set at the transition from one of the most liberal societies of its time to one of the biggest tragedies in human history, Fabulett 1933 deals with the fragility of society's achievements and the struggle of visibility.

Berlin, February 1933, the new German leadership orders the closure of all ‘venues which promote immorality’. But Felix, the emcee of the depraved Fabulett, still has a story to tell. He has felt different all his life – as a son, as a soldier and as a lover – and now has to abandon the only place where he has ever felt like he belongs. At the closing night of the Fabulett, he looks back on his own life, and on the lives of people who pioneered new and brave ideas in the few years between the World Wars.

Michael Trauffer: It was a very long process, but I’ll try to keep it short. Initially, I honestly was just looking for a subject that would work with my castability and my accent. I knew the musical Cabaret, but I was interested in what Weimar Berlin really was like. When I started researching the subject, I couldn’t believe that in 1919, the first pro-gay film in the world was made in Germany, in 1920 one of the first gay anthems was composed there, and that at the same time trans people were given some basic rights. I became very invested and passionate, and in the past four years I have read many books on the subject, have been digging into newspaper archives, and have visited relevant places in Berlin.

Could you please tell us about the inspirations behind the music in your show?

Very soon I came across the music composed by Mischa Spoliansky and Friedrich Hollaender. Spoliansky was the composer of ‘The Lavender Song’ (or in German ‘Das Lila Lied’), one of the first gay anthems ever written. I was fascinated and started researching their music, which is full of social and political commentary.

Obviously, due to the lyrics and due to the fact that they were both Jewish, their work was considered ‘degenerate’ by the Nazis and largely destroyed, and due to this for some of the music I could hardly find anything. So I reached out to the Mischa Spoliansky Trust and was delighted when his grandson Chris Kelly contacted me and offered to help with my requests. He provided me with scores I couldn’t find, and also gave his approval for me to translate some of those songs which had not been translated into English before.

I wanted to use so many of their songs for the show, but had to cut them to only a handful as I soon realised that with pre-existing songs only, I would not be able to tell a story in a satisfying way. So I started writing original music to drive the story. I’m in awe of Spoliansky’s and Hollaender’s work and would not even remotely compare my own songwriting skills to their compositions, but I hope that with the concept of the show, I will be able to reach other audiences as well and not only the traditional Weimar fans.

You highlight the work and lives that the Nazis were aiming to erase. Could you please give us some examples of works or stories that you are proud to communicate to audiences today?

One of the central figures behind the LGBTQ+ movement at the time was Dr. Magnus Hirschfeld, a German physician and sexologist. In 1919 Berlin, he founded his Institute for Sexual Science, where the first full gender-affirming surgeries in the world were performed, and he was an advocate for sexual minorities. He was also the main driver behind achievements that would nowadays be considered very basic trans rights; thanks to his initiative, the authorities started issuing so-called ‘transvestite certificates’, which stated that the individual in question was allowed to wear clothing that corresponded to their gender identity. It also became possible to legally change one’s name to a new gender-specific or gender-neutral name. But sadly, his Institute for Sexual Science was also the first institution that was plundered by the Nazis in May 1933, and the destruction of its libraries and archives marked the beginning of the book burnings. By making his story part of Fabulett 1933, my hope is that the audience goes home with a sense of awareness of how fragile the achievements of a society are, and how much we can lose if we’re not vigilant.